I’ve been nominated to do one of these Blog Hop things. At first I was excited because I thought I’d get to dress like a rabbit. But then I was annoyed to learn that that’s not what it is at all. A ‘blog hop’ is when a bunch of people write about a certain topic and then nominate other people to write something about the same topic, kind of like a chain letter. I was nominated by one of my favourite people in the whole world, Melissa Hugzilla from Hugzillablog. Thanks a lot, f*cker.

The topic in question is ‘Why I write’, which I sort-of kind-of already covered in an earlier post, but I’ve realised that a lot has changed since then, including the reasons why I write. I’m not sure that it will be interesting to anyone, myself included, so you are excused for the remainder of this post if you need a nap. Mmmm, nap.

A Bit Of Background
Great, you’re still here. Sucker.
I guess I started writing really young. My darling dad (not his real name – his real name is Daddy Goose, just FYI) takes pleasure in informing me on occasion that I was able to legibly print my name when I was just three years old. And I mean my whole full name – first, middle and last – all twenty characters of it. Not a cheating name like Alex or May or Joe.

I dazzled my teachers with imaginative stories and immaculate spelling. It was decided early on that I was ‘creative’, and I remember getting a lot of gold stars and stickers.

Fast forward a few years and the ‘creative’ shadow follows me punctiliously through life. I was always writing stories but I was drawing pictures to go with them, and for as long as I can remember I wanted to grow up to become an artist. The writing was something I took for granted. My mother was (and still is) a school teacher, so I was well-educated, with impeccable grammar and spelling which I also took for granted. I thought everybody knew how to spell. Thank you, facebook, for later showing me how wrong I was.

I became a graphic designer and then an animator. I’m still employed as a full-time animator now. But writing has always been sitting there patiently waiting in the friend-zone (where I’d tucked it away long ago), waiting for me to realise that my one true love was right there all along.

Escaping the friend zone: I am Pam, and writing is Jim Halpert.

What Am I Working On?
The better question here would be, ‘what am I not working on?’. After finally seeing the light I went all in, guns blazing. As well as working full time as an animator I’m running two blogs of my own (this one you’re reading now and this one), and another one in conjunction with two amazing writers. In addition to that I’ve recently been asked to write a regular column for a Vegan blog, and have just been given the massive compliment of having a political article I wrote green-lighted for publishing at a prominent young-adult news site (when it goes live I will link to it here).
Add to that a course in writing picture books, a travel writing course, and right now a creative writing course and a Certificate in Journalism (which I should be studying for instead of writing this).

I never considered writing a novel until I started the creative writing course, but I’ve shocked the hell out of myself and already written my first chapter. 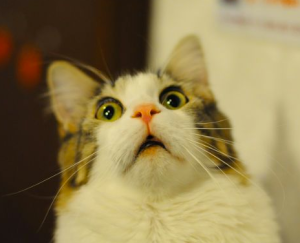 How Does My Writing Differ From Others In My Genre?
I’m a realist and a dreamer at the very same time. I hate everyone and I love everyone. I refuse to write anything I don’t believe or anything I don’t enjoy reading or anything that’s not true to my heart. I like giving life to objects and things, and I like giving voices to those who don’t have a voice. I like to say what I think, and I’ve learned that what I think is more often than not a million miles away from ‘appropriate’. Most importantly, I write for an audience of one with no expectations from anybody else.

Why Do I Write What I Do?
Most of the time I just need to get it all out. My mind is a circus at the best of times, and writing is therapy. I also feel like it’s my duty to make sure there’s still at least one person left in the world who respects the difference between ‘your’ and ‘you’re’.

How Does Your Writing Process Work?
Totally depends. If I have a deadline like an assignment or a specifically timed piece, then my general process goes like this:
1. Procrastinate
2. Hyperventilate
3. Cry, convinced that my brain has stopped producing words
4. Grow balls and write the damn piece at the last minute.

If I am writing a blog post or anything else, it comes from real life experiences. I have the Notes app on my iPhone and I carry a mini notepad and pen in my bag at all times in case my phone battery dies. I see or do something, then I write about it while walking, taking the bus, sitting in the park or even in the bathroom. You’d be surprised how many stupid things happen to me in a single day.

A few days later I’ll read what I’ve written, and edit it until I’m certain that every single word has earned its place. And then I send it out into the real world, where someone, somewhere, is just waiting to be offended.

Tag three bloggers
Since I was tagged by one of the only bloggers I actually know in person (and she also tagged the other one I know), I have to tag three bloggers now who I don’t know but simply because I admire their work. I hope they don’t think I’m punishing them, and now that I’ve written mine I hope they find this experience as cathartic as I have (if they decide to go through with it).

The Tenacious Scribbler
Just in case I haven’t been bugging Lilani enough – she’s been a massive help to me and she’s just a pretty awesome human. She’s also probably way too busy to do this but I secretly hope she does it anyway.

6 thoughts on “I’ve been blog-hopped, whatever that means”